Nhảy đến nội dung
The Stages from CCC are always a very good entrypoint to present the newest and latest in Hacking and Security, especially for Video Game Consoles as seen in the past. In fact, last year in 2018, you can probably remember how much Talks we saw for both the PS4 and the PSVita (just in Case you missed it [I dare you if you actually did

] or you want to watch all Important Streams in Re-Live again – click here). So of course, as it’s for this year, many Developers are welcome to join the Stages for this years #36C3 Event to present their newest Achievements such as in Security, Hardware & Making, Ethics, Society & Politics, CCC [internal], Entertainment, Science, Art & Culture and Resilience & Sustainability – as you are always used to it. So while the Preparations from both the Event Organizers and all Developers at full blast, today known Developer @oct0xor announced that he will be also participate on the Stage with a PlayStation-related Talk, where he will “shed a light on internals and security of Sony PlayStation Blu-ray disc drives” together with Topics of “Firmware Dumping”, “Reverse Engineering” and getting “Code Execution” for their respective Blu-ray Drives on both the PlayStation 3 and PlayStation 4! This is definitely worth to follow, especially since this Topic always kinda lacked in the Community, due to showing less Interest to the Blu-ray Drives. 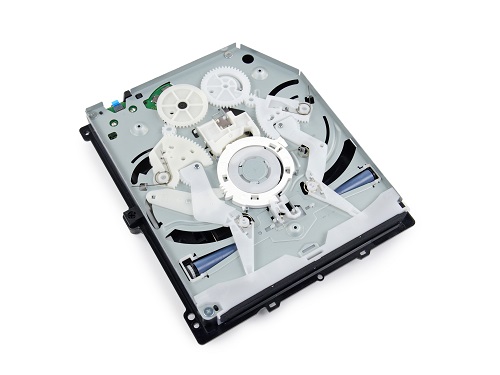 Picture from the Internals of an PS4 BD Drive (first Generation). It is (probably) just an coincidence that the mechanics looks like two people kissing each other

​
Of course, like in last year, we plan again to inform you with the latest and greatest about this years 36C3 Event. Stay tuned for future News, where we will again bring you a General Overview about all important and necessary “Console Talks”, so you won’t miss anything.
Source: Twitter and via 36C3 Halfnarp