Other PlayStation 4 Firmware Revisions with Patches Included via fabrebatalla18:

In this project you will find a full implementation of the “ipv6 uaf” kernel exploit for the PlayStation 4 on 6.70 – 6.72. It will allow you to run arbitrary code as kernel, to allow jailbreaking and kernel-level modifications to the system. will launch the usual payload launcher (on port 9020).

This bug was originally discovered by Fire30, and subsequently found by Andy Nguyen

The following patches are applied to the kernel:

1) When you navigate to the site, you will get an “There is not enough free system memory.” message if it is successful, any other message means restart your PS4.
2) Once you see this message, DON’T press OK! Press the PS button
3) Re-open site -> Awaiting Payload

Also heating things up in the PS4 scene today is a 6.72 WebRTE Payload from @TylerMods of PS4Trainer.com with some additional details in the Tweets below via kiwidoggie for what’s to come including PS4 injectable trainers using Mira: Cheers to @S3phi40T, @SocraticBliss, @SpecterDev and @DEFAULTDNB for the heads up and @hyndrid for the screenshot below on this great progress update! 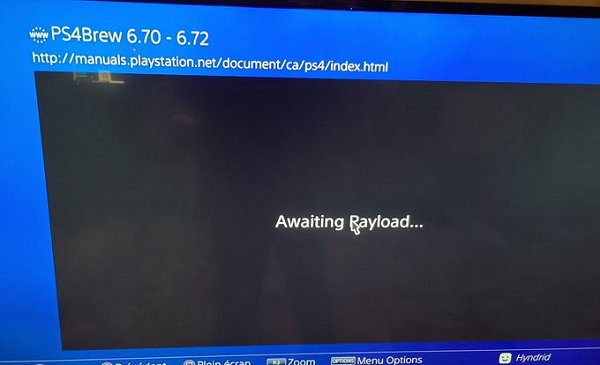